An Embarrassing Problem which created a “Profitable Industry”.

If you have ever given your clothes to the laundry, one of the common services that you would have availed of is “starching”.  Ironed clothes which are starched look good, hold well and resist creasing. Have you ever wondered where did this starch come from?

Depending on the country, this starch could come from various sources, like In India, it is mostly extracted from maize, tapioca and rice, while in Australia and Europe, wheat remains the major source for starch manufacturing.

Starch being such a versatile product, it is used in various industries - food, paper manufacturing, textiles etc. In 1728, an Italian chemist, Jacopo Bartolomeo Beccari, discovered a process called “Washing-out” to extract starch from wheat (1). Any of us could replicate this process in our own kitchens, simply by taking wheat flour and washing it under running water. You will find that water dissolves away the starch leaving behind a gummy, stretchy residue called ‘gluten’ which is a protein found in wheat, barley and rye (not in a mood for a home based experiment, then you can simply watch this you-tube video to know what the process look like).

Extracting starch from wheat invariably led to huge amounts of gluten being produced as waste leaving the starch industry with an embarrassing problem - tons and tons of left over gluten which when disposed in municipal sewers and drains began clogging the sewage system! (2)

It did take some time, but soon the innovative industry came up with many uses for gluten - in animal feeds, it is used as a protein supplement, while in the food industry for humans, it is added not only as an additive to breads to make it fluffy and soft, but also in making artificial vegan meat substitute and the more expensive crab meat substitute (2).

In wheat, that already contains gluten, if more is added, why then should it cause a problem? What is the industry ignoring?  Well, humans don’t fully digest wheat. Unlike ruminating animals which have so called multiple stomachs, we humans have only one stomach — and one is just not enough to digest wheat. Cows have four stomachs (actually, four chambers within one stomach), the wheat goes from one stomach to another and another and — well, you get the picture. By the time, it reaches tummy number four, it is fully digested and the cow still remains fine.

Unlike bovine, we humans cannot digest gluten (3). It thus then becomes food which few (or can we say many?) of our body’s object to causing gas, bloating, diarrhoea, constipation, nausea — and even symptoms that don’t seem to be associated with the gastrointestinal tract, like headaches, fatigue, depression, joint pain, and respiratory distress. This is what happens to a lot of people who consume gluten rich products. Unfortunately, the usage of gluten is only increasing. Most of the commercial breads which do adhere to labelling procedures, will have gluten mentioned as one of the ingredients. Unfortunately, more and more bread manufacturers are adding gluten to their products to make it soft, springy and attractive.

Gluten simply remains an additive which provides us with zero nutrition. It’s only pain with no real gain. 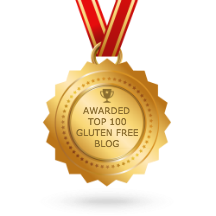